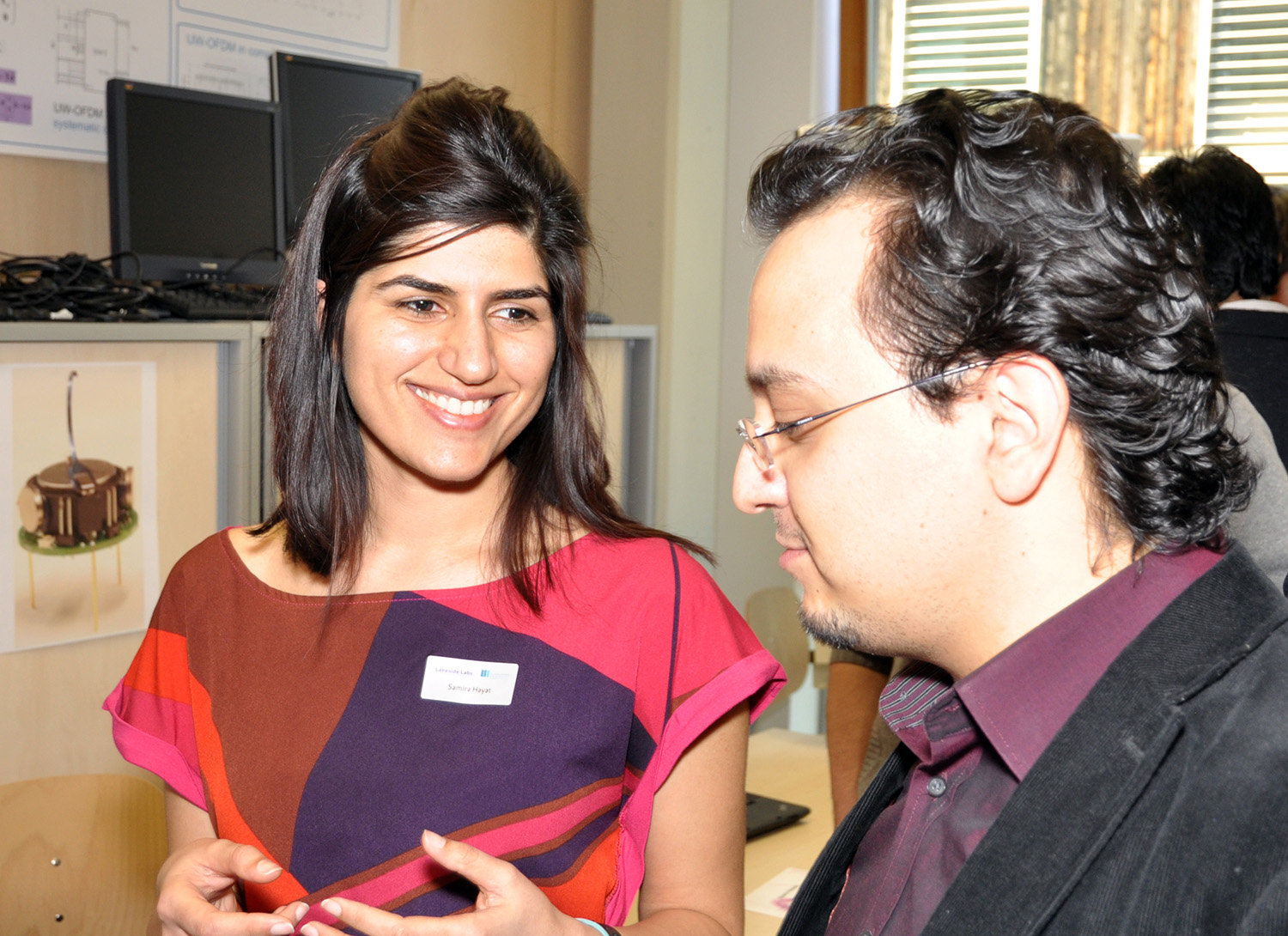 The Institute of Networked and Embedded Systems and Lakeside Labs opened their doors to the public. About 120 visitors informed themselves about research in mobile systems, pervasive computing, self-organizing systems, multimedia systems, and smart grids.

A presentation given by Christian Bettstetter launched the Open Lab event that took place in the Lakeside Science and Technology Park in Klagenfurt on March 11, 2014. He outlined the achievements and goals of both institutes and gave an overview of the laboratory demonstrations.

Students, partners from industry, and politicians, amongst others, had the chance to observe 15 demonstrations, including the following:

One of the many visitors from industry was Klaus Rapp, Managing Director at Verbund Umwelttechnik GmbH. “I personally liked it very much,” he said, “and I was fascinated by the variety of topics. [..] We already have ideas for potential collaboration. It was a great event!”. 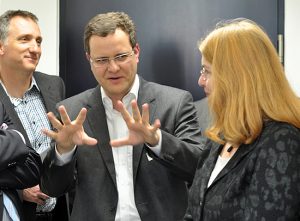 Students gathered information on open topics for bachelor and master theses and discussed ongoing and future projects with PhD students and PostDocs. Pizza and drinks concluded the Open Lab 2014.

A similar kind of event is just around the corner: the Austrian Science Night will take place on April 04, 2014. The University of Klagenfurt and the Lakeside Park will participate with several demonstrations, and Lakeside Labs researchers will organize a robot racing competition. 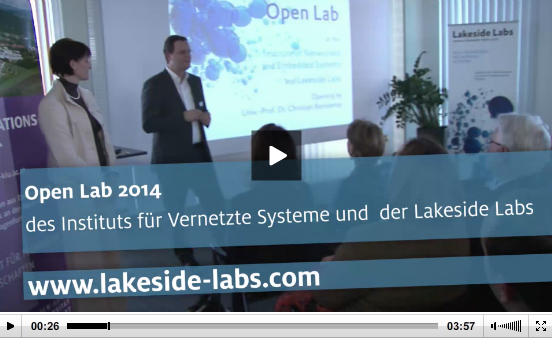