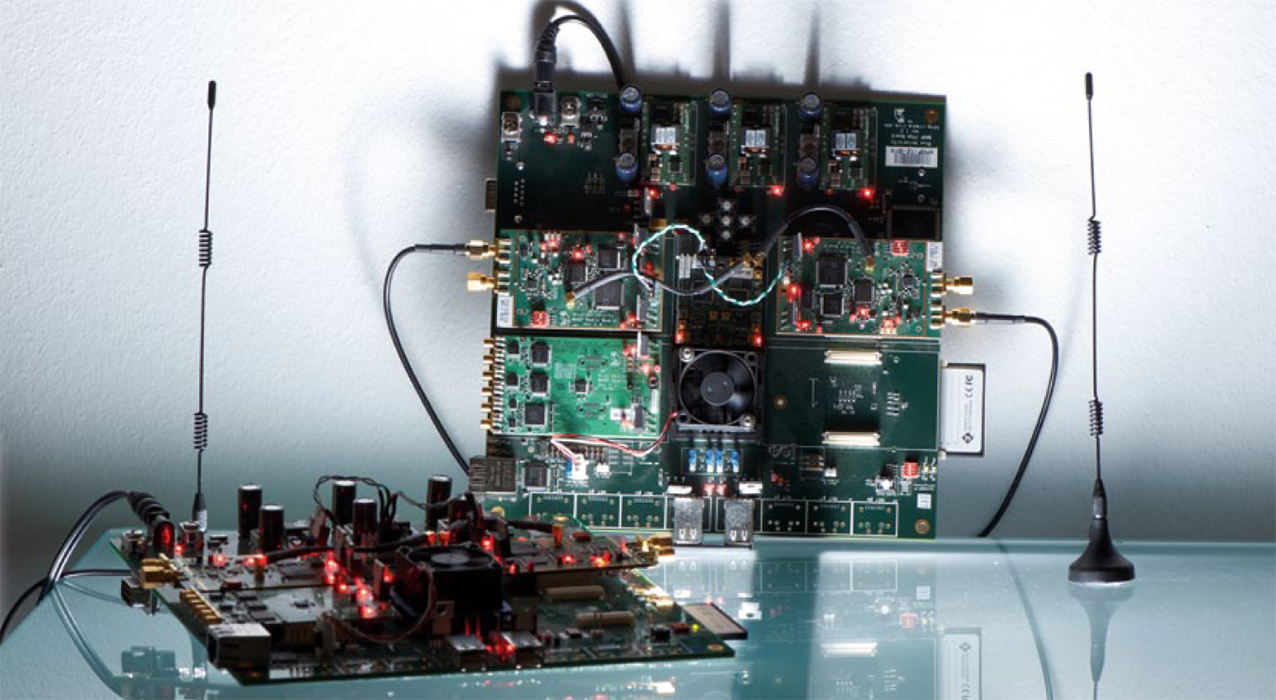 The precision of synchronization algorithms based on the theory of pulse-coupled oscillators is evaluated on FPGA-based radios for the first time. Measurements show that such algorithms can reach precision in the low microsecond range when being implemented in the physical layer.

The mathematical modeling of pulse-coupled biological oscillators offers a fully decentralized and scalable approach for time synchronization. There is a broad spectrum of work on pulse-coupled oscillators in physics, biology, neuroscience, and other disciplines. The communications engineering community has been interested to transfer these results to the synchronization of nodes in wireless networks. A one-to-one transfer is infeasible due to the differences between wireless and biological communications. Several extensions and modifications are required with respect to delays, noise, multihop communications, and sync words.

Despite the conceptional and theoretical advances in the design of pulse-coupled oscillator synchronization for wireless networks, real-world performance studies and proofs of concepts are largely missing. There only exist a few implementations on low-cost wireless sensor platforms, whose results are of interest, but their synchronization precision is limited by hardware capabilities.

Günther Brandner, a researcher in Bettstetter’s team, implemented algorithms based on pulse-coupled oscillators on FPGA-based programmable radio boards (WARP) as a proof of concept and compared the performance of different algorithms by measurements with respect to synchronization precision. Measurements show that such algorithms can reach precision in the low microsecond range when being implemented in the physical layer. Brandner and Bettstetter propose an algorithm extension accounting for phase rate deviations of the hardware and show that an improved precision below one microsecond is possible with this extension in the given setup. The resulting algorithm can thus be applied in ad hoc wireless systems for fully distributed synchronization of transmission slots or sleep cycles, in particular, if centralized synchronization is impossible.