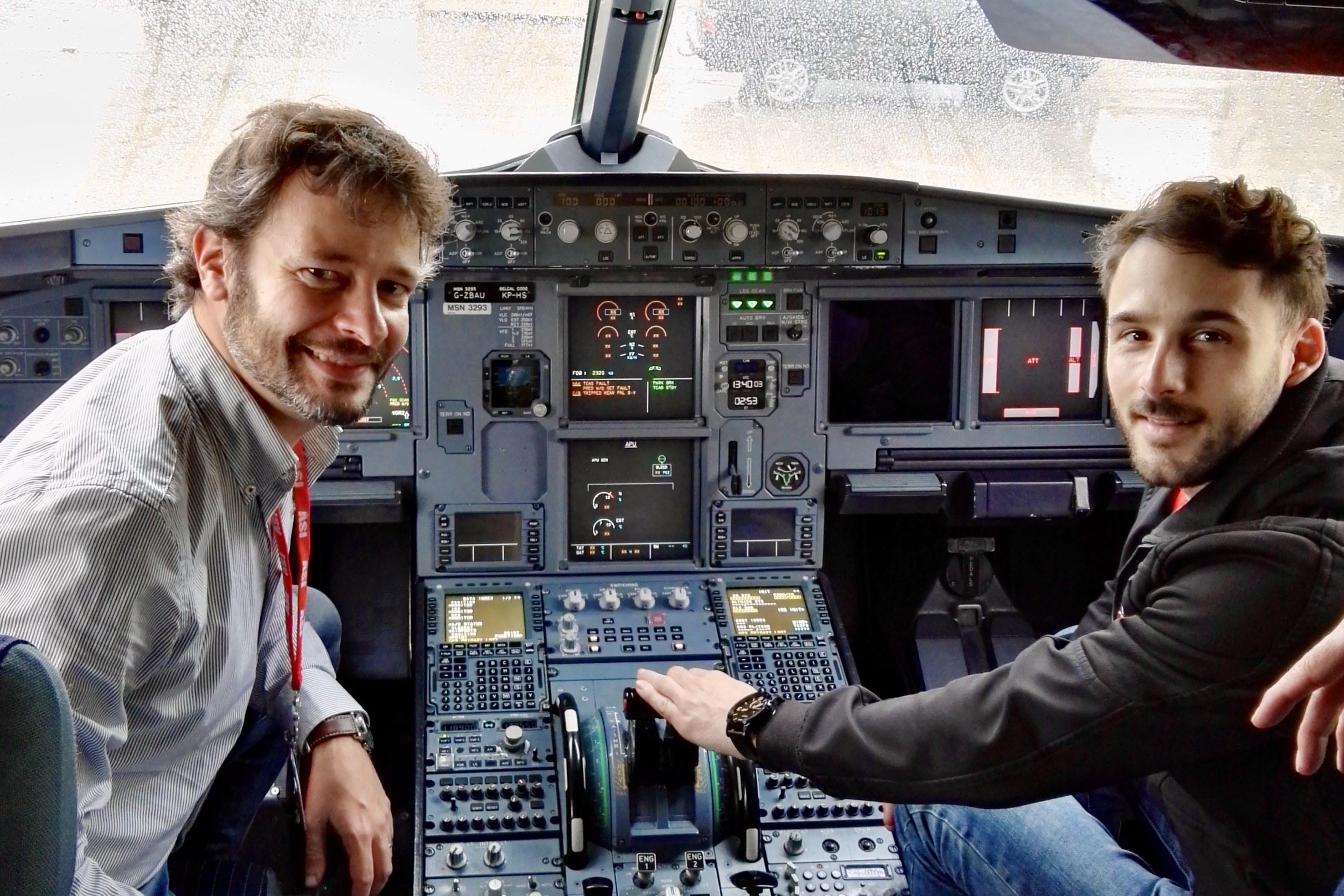 The aviation industry is interested in wireless solutions for in-plane connectivity to improve safety and reduce airplane cost and weight. Ultra-wideband (UWB) seems to be a suitable technology for this purpose due to low power consumption, high data rate, and coexistence with other systems.

Communication networks in airplanes connect hundreds of embedded sensors and offer communication and infotainment services. At present, such in-cabin infrastructures are mainly realized by cable installations. Cables are safe and reliable but have the disadvantage of being heavy, inflexible, and expensive to install and maintain. Airplane manufacturers are therefore keen on using wireless connections instead of wires for specific tasks in airplanes.

An expert in this area is Jirka Klaue from Airbus. He argues that “significant production and maintenance costs of planes are related to the wires. They are also hard to repair and turn expensive due to the downtime of the airplane.” Along these lines, replacing wires can greatly lower installation and maintenance costs while improving flexibility. Additional sensors can be installed that are currently infeasible due to wiring restrictions. Beyond this, and contrary to popular belief, wireless technologies can actually improve airplane safety. “They can provide dissimilar redundancy in critical functions that require redundant connections to ensure functionality in case of a link failure,” Klaue states.

With this vision in mind, a multi-year research collaboration between Airbus, the University of Klagenfurt, and Lakeside Labs investigated the wireless connectivity in planes. Challenges were identified, and possible wireless technologies were discussed and experimentally investigated in mockups and real aircraft. The project was recently concluded with the article “Wireless connectivity in airplanes: challenges and the case for UWB” published in the open access journal IEEE Access.

Key challenges include the worldwide regulation and coexistence with other radio technologies, high demands in terms of energy sustainability and security for embedded sensors, as well as high throughput for passenger services. Back in 2015, the project team came up with the idea that UWB could be a particularly fitting technology to support in-plane communications, serving as a complement or alternative to other wireless technologies under study for airplanes. UWB has the potential for high data rates over short distances. UWB devices work differently from usual radio transmitters, like Wi-Fi and cellular devices: they transmit very short pulses, making communications robust against narrowband interference and allowing the devices to measure distances between them accurately. The recent integration of UWB chips into tracking devices and smartphones by Apple and Samsung should boost the proliferation of this technology.

The project team developed protocols and extensions for commercial off-the-shelf UWB transceivers from the market leader Decawave (recently acquired by Qorvo). A proof-of-concept implementation was deployed inside an Airbus A319 to analyze the throughput, latency, and energy consumption as well as to determine the particularities of such an in-cabin UWB network. The results from the testbed are promising and highlight the potential of UWB for intra-aircraft use. Further studies, especially on security and energy harvesting, are needed.

The text of this blog entry is based on the above paper with contributions from all project members. Funding has been received from the KWF under grant 20214/26481/38805. The cover photo shows Jorge F. Schmidt (left) and Daniel Neuhold (right).