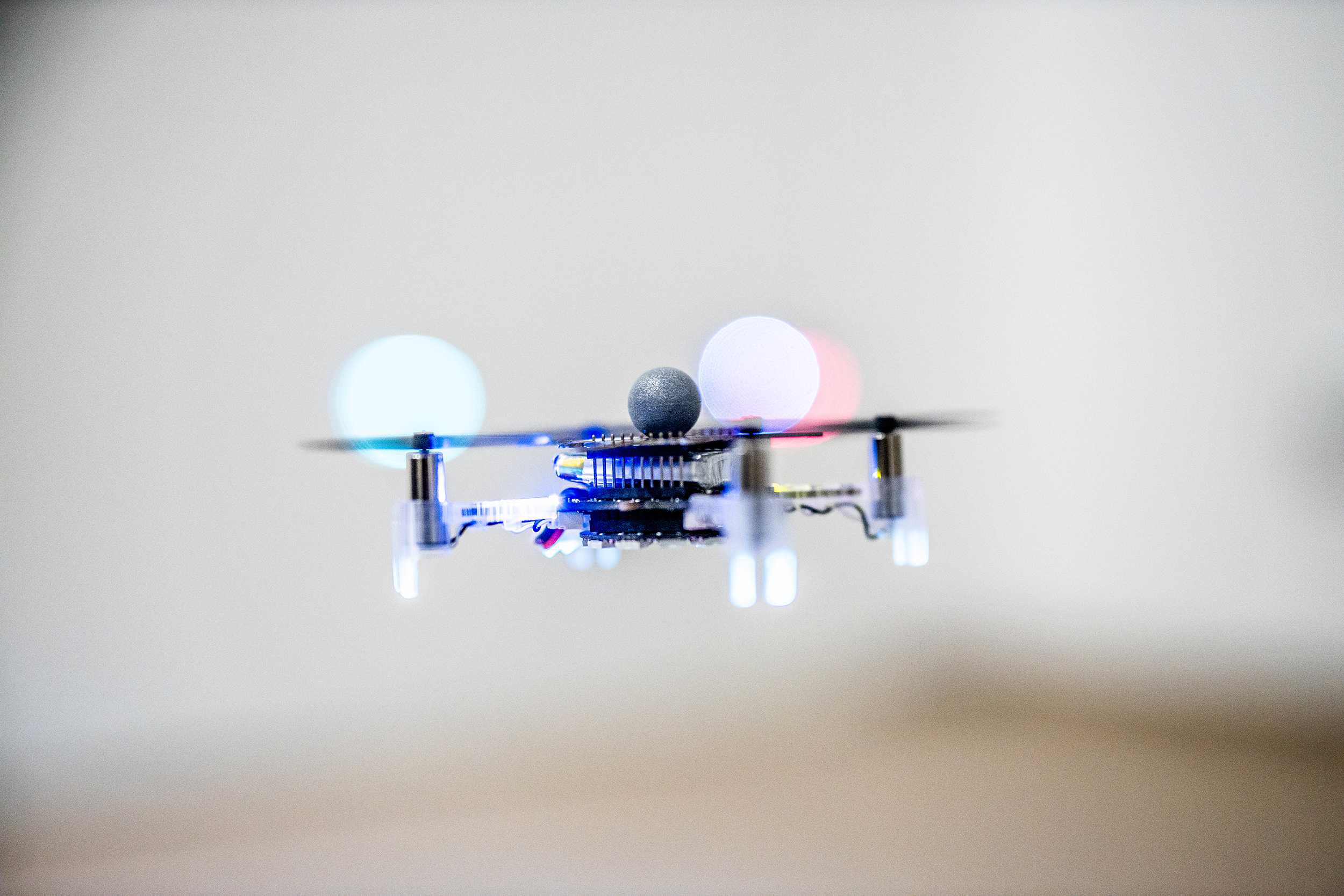 Commercial drones usually come equipped with modest on-board computing power. Consequently, their speed and agility are somewhat limited when they use their cameras like eyes to navigate in space. Samira Hayat, a researcher at the Department of Information Technology, recently joined forces with colleagues from other departments and Deutsche Telekom to investigate the effects of offloading computation to the edge of the network (edge computing).

Written by Romy Müller for the University of Klagenfurt

A drone that flies using camera input must continuously process images at lightning speed. If it doesn’t have the compute capacity to do this, it is limited in terms of flight precision and speed,” Samira Hayat explains the fundamental problem. Working closely with Roland Jung, Hermann Hellwagner, Christian Bettstetter, Driton Emini, and Dominik Schnieders, she analyzed the effect of offloading navigation computations to computers at the edge of the network. For the purpose of the simulations, the researchers assumed the use of a 5G network for the communication between the drone and the edge computers. The team examined three scenarios: exclusive on-board processing of image data, partial offloading to the edge, and full offloading of computations to the edge.

The new 5G network was chosen for the analyzes, because it offers significantly faster data transmission; moreover, edge computing is set to play a major role in 5G. Measured 5G rates were used as a basis for the study, allowing researchers to estimate the communication time between the drone and the edge.

The results demonstrate that, depending on the data volume, it may be more useful to offload only a portion of the computations to the edge. When adequate communication and edge processing power is available, high-resolution images can be processed more quickly on the edge than low-resolution images on board the drone. What became apparent was, in the first instance, the major importance of high uplink data rates for edge computing, ensuring that large volumes of data can be transmitted rapidly from the end devices (drones) to the edge computers (e.g. in a 5G base station). Secondly, the team recommends a modular design of the algorithm, which takes into account the data transfer rates and the available on-board and edge compute power, thereby optimising the overall performance. Future plans include working on achieving improved navigation accuracy with higher image resolutions and illustrating this in an experimental indoor setup using 5G.

The work was carried out in cooperation with T-Mobile/Magenta and Deutsche Telekom. The researchers involved are contributors to the field of research excellence “Networked Autonomous Systems (NAS)” at the University of Klagenfurt.