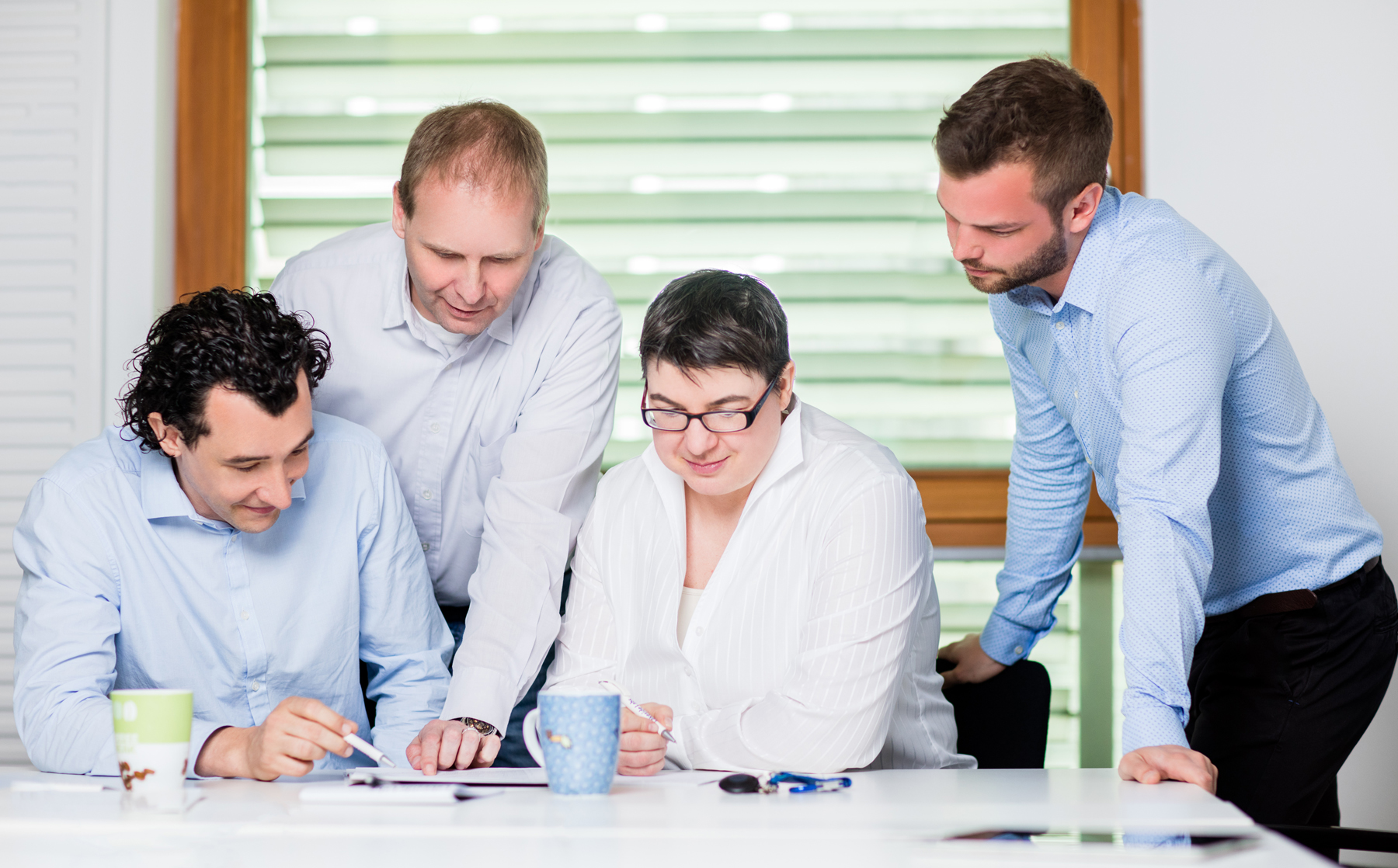 Lakeside Labs is a non-profit organization for scientific research and development of self-organizing networked systems. Our goal is to apply and improve self-organization in the areas of IoT, robotics and transportation. It has been a successful year.

Did you observe that lately more and more tech products and business processes have features of self-organization? Almost every major car maker has been testing self-driving vehicles and is now introducing them to the market. The industry is crazy about “industry 4.0”—which promises self-organizing production with humans, machines, and products collaborating to make decentralized decisions. These are just two examples for the ongoing trend toward more self-* properties in tech systems, e.g., self-configuration, self-optimization, and self-healing. Such paradigm shift from centralized, managed systems to decentralized, autonomous systems has been the core of Lakeside Labs — the small nonprofit research company that I have been co-leading as scientific director — since its foundation in 2008.

Lakeside Labs is a hub for science and innovation in self-organizing networked systems. A space for inspiration, creativity, and multidisciplinarity.

At the time of our foundation several people believed that research on self-organization is a pure academic “exercise” by professors without any practical application of benefit to industry. This attitude has changed in the course of 2015/16 when many companies have increasingly become interested in our portfolio and the results obtained during the past eight years. This led to interesting collaborations with leading industrial partners.

Wireless sensor networks have been a research topic of Lakeside Labs since its foundation in 2008 with initial focus in the design and experimental assessment of cooperative diversity protocols to improve robustness of wireless networking.

Since 2015, we have been working on a specific application case: wireless sensor networks in airplanes. Our motivation is that airplanes are equipped with hundreds of embedded sensors and actuators, which are typically interconnected by wires. Replacing these wires connections with wireless communications would greatly improve flexibility of installations and reduce the airplane’s weight. The design and assessment of such wireless sensor networks is the topic of a collaboration of Lakeside Labs with Airbus Group Innovations and the University of Klagenfurt. A key challenge is reliability and robustness against interference in this setting, and our approach is to exploit ultra-wide band (UWB) transceivers. Performance measurements with DecaWave devices in airplane mockups were carried out; comprehensive measurements in a real airplane are underway. Another project in the field of industrial sensor networks is on condition and energy monitoring together with the regional company Messfeld.

A large new project starting in early 2017 will further strengthen our activities in sensor networks. The project „Dependable, secure and time-aware sensor networks (DeSSNet)“ has an overall budget of 6 million Euros for four years with great industrial partners from the Southern part of Austria. Lakeside Labs will bring in its expertise in networking aspects and communication protocols.

Another hype in consumer electronics are mini-drones. They are used for entertainment, aerial photography, and industrial monitoring, to mention some applications. In addition, several aerial delivery services were launched in 2016, including Prime Air by Amazon and delivery of blood products by Zipline.

We started working on networked autonomous mini-drone systems in 2008, developing algorithms and software for aerial imaging for rescue teams. Our focus has always been on systems of multiple drones, where we have worked on communications and decentralized coordination. We received significant funding from a regional funding agency (KWF) that also manages the European structural funds for our region. There was great feedback from application partners, such as fire-workers and international rescue organizations.

In the year 2016, we started three new collaborative projects in the area of mini-drone systems. First, the national project Watchdog addresses reliable communications in drone networks for aerial surveillance. Second, another national project, Forest iMate, is led by my colleague Stephan Weiss, who recently joined us from JPL (Caltech/NASA). The objective is to employ a small unmanned helicopter to fly autonomously through a forest (without any GPS) and measure parameters useful for forest inventory. Both projects are in close collaboration with our partner Joanneum Research. The third new project involving drones will be the European project CPSwarm. One of our objectives is to use evolutionary design as a methodology for engineering robot swarms based on requirements of industrial partners.

If you asked for my personal highlight in our mini-drone activities in 2016, I would answer: The invited talks of my doctoral student Samira Hayat held at Ars Electronica and TEDxCERN. She shared her personal story of how she experienced drone strikes in Pakistan, her coming to Europe and being offered a Lakeside Labs-funded job on networked mini-drone systems. People interested in communication aspects of mini-drone systems may want to read our survey article on this topic published in IEEE Communications Surveys & Tutorials.

One of the challenges for a small research lab with a focused portfolio is to acquire suitable funding. Acceptance rates in the pan-European Horizon 2020 program are about ten percent on average and below five percent in some tech programs. National funding in Austria has also become increasingly competitive. On both European and national levels, many project proposals rated as “very good” or even “excellent” by all reviewing experts cannot be funded due to lack of budget. The funding decision for high-quality projects basically became a lottery, wasting resources due to a time-consuming proposal preparation and reviewing process.

How did Lakeside Labs perform in this setting? After a number of project proposals with positive reviews yet rejections in the course of 2015, we succeeded this year with several projects: Most importantly, Lakeside Labs received a Horizon 2020 grant on the design of swarms of cyber physical systems with a total project volume of almost 5 Million Euro and a national project on wireless sensor networks with a volume of about 6 Million Euro. Further national funding was acquired for three additional projects, amounting to nine new scientific positions financed for two to four years depending on the project.

Lakeside Labs GmbH is a nonprofit company performing applied research on self-organizing networked systems in collaboration with the University of Klagenfurt and leading industrial partners. The company has been established in 2008 and has since been led by Claudia Prüggler (Managing Director) and Christian Bettstetter (Scientific Director). A scientific advisory board supports the management team. Nine scientific and three administrative staff members are currently employed at Lakeside Labs. Several doctoral students and Postdocs at the University of Klagenfurt are funded via Lakeside Labs in joint projects. The company is owned by BABEG. Project funding has been received from KWF, FFG, BABEG, ERDF, and H2020.