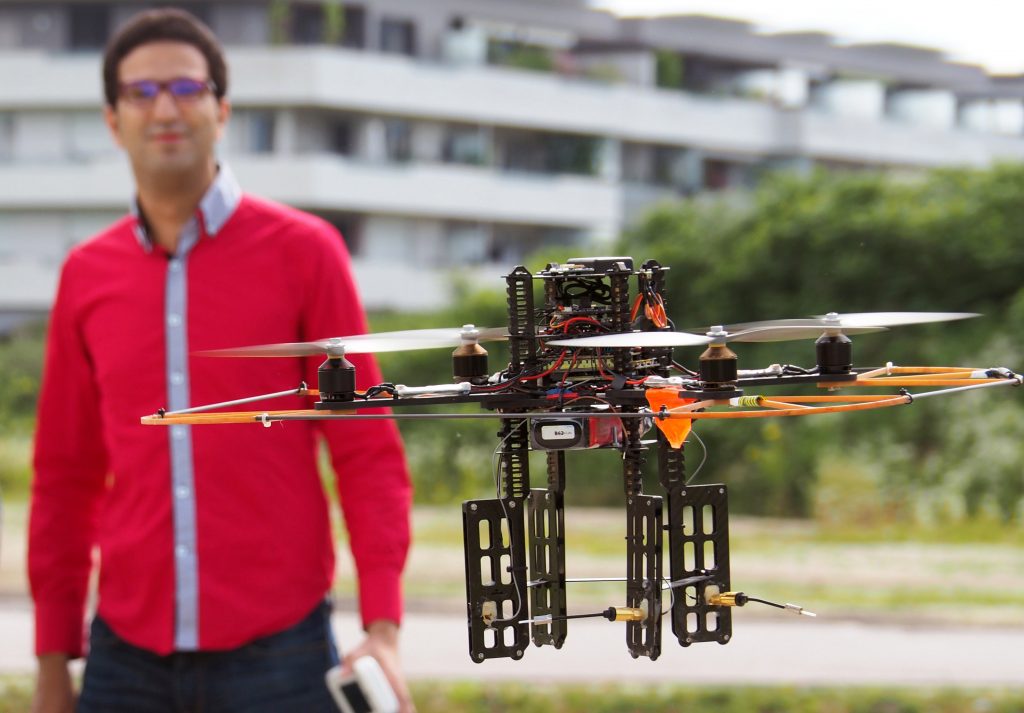 It might soon become common for drones to transport goods and people, monitor disaster zones, and bring various forms of relief to areas that are difficult to access. Which communication infrastructure is best suited to facilitate this? Researchers at the University of Klagenfurt have explored potential challenges associated with the use of traditional cellular networks.

Written by Romy Müller for the University of Klagenfurt

The communicative challenges facing drones are manifold: They need to communicate with a base station on the ground, but they must also be able to swap information with each other. This requires a pervasive wireless communication infrastructure, which traditional cellular networks are equipped to provide. Aymen Fakhreddine, a senior researcher in the research group established by Christian Bettstetter at the Department of Networked and Embedded Systems, recently presented results from his research into how this utilization might be realized at the ACM Workshop on Micro Aerial Vehicle Networks, Systems, and Applications in Seoul.

In order to address this question, the study focused on the use of drones in the LTE advanced network. The outcome: The transmission rates (20 Mbit/s from the base station to the drone) are already adequate for numerous applications. Nonetheless, it will be necessary to continuously improve the performance in order to broaden the set of functionalities. Researchers believe that the 5G network, currently still under construction or at the initial operating phase, carries great promise.

“At the moment, researchers have insufficient knowledge about the drone communication in real cellular networks,” Aymen Fakhreddine explains. Originally from Casablanca (Morocco), he studied in Madrid and Paris and has worked as a researcher in Singapore and Madrid. The research currently being conducted at the University of Klagenfurt and the Lakeside Labs GmbH is realized in cooperation with Magenta (formerly: T-Mobile) and allows for experimental studies in real cellular networks. The mobile telephony operator supports the researchers by providing infrastructure and data from the mobile network.

In answer to the question whether a separate communication network could be built specifically for drones in the near future, Fakhreddine responds as follows: “A brand new network represents significant costs. I believe that mobile operators will integrate drones into their existing infrastructure during the next five to ten years, before we can talk about the need/feasibility of a dedicated infrastructure.” For now, the focus is on preparing the drones for integration in a 5G network, which also includes dealing with the issue of standardisation.