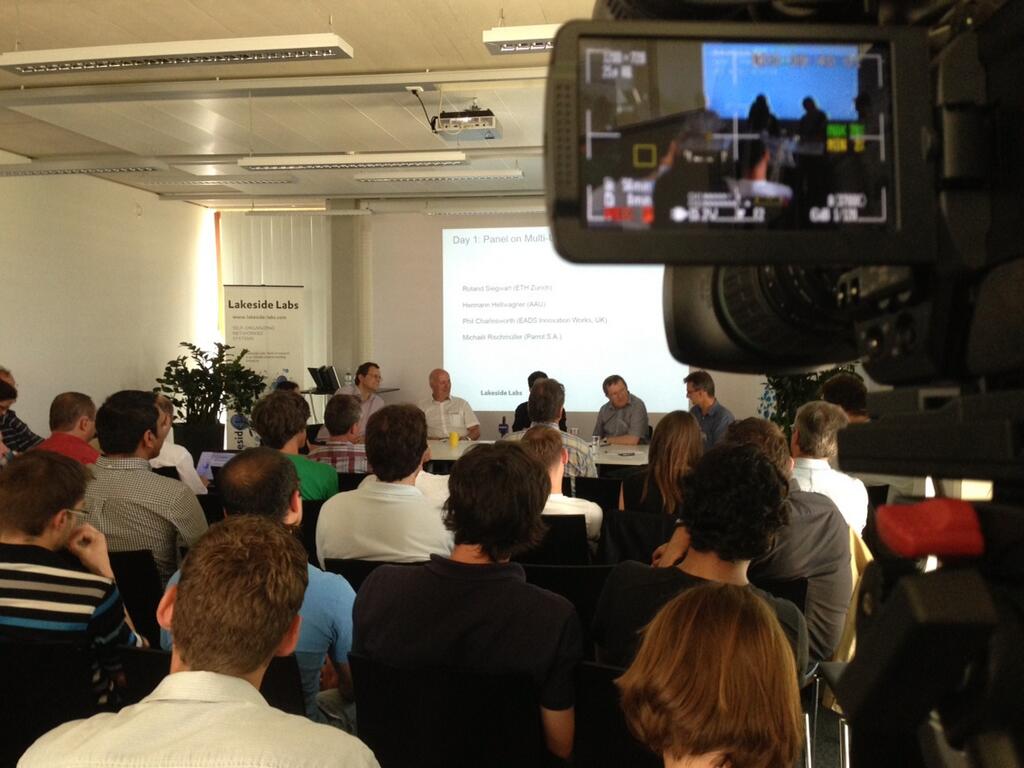 Scientists and engineers working on multi-UAV systems came together in Klagenfurt to discuss the trends and open issues in this emerging domain. Speakers included the robotics professors Siegwart, Lacroix, and Schöllig. An exciting panel with participation from industry debated about business opportunities.

Autonomously flying robots — also called small-scale unmanned aerial vehicles (UAVs) — are more and more exploited in civil and commercial applications for monitoring, surveillance, and disaster response. For some applications, it is beneficial if a team of coordinated UAVs rather than a single UAV is employed. Multiple UAVs can cover a given area faster or take photos from different perspectives at the same time. This emerging technology is still at an early stage and, consequently, profound research and development efforts are needed.

Such multi-UAV systems were in the focus of the Sixth Lakeside Research Days, organized and hosted by Lakeside Labs and the University of Klagenfurt in Klagenfurt, Austria, from July 8 to 12, 2013.

The Research Days are a special format of workshop. Besides keynote talks given by invited experts from academia and industry, they feature a demonstration session, intensive group work, discussions on technological and business aspects, and social activities for attendees.

The keynotes were as follows:

Further information can be found in the final program and the Twitter feed #resdays13.

The event was covered by various media including Austrian television ORF and the newspaper Der Standard (article Drones in peace missions).

Impressions of the First Day